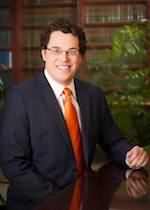 Mr. Binder was admitted to the California Bar in December 2012 after graduating from the Santa Clara School of Law in June 2012. Mr. Binder received his Bachelor of Science in Commerce from Santa Clara University in Finance in 2009. Mr. Binder earned his law degree from the Santa Clara University School of Law in 2012. During law school, Mr. Binder was the recipient of a number of awards, including being awarded Witkin Awards in California Civil Procedure, California Evictions and Unlawful Detainer, Commercial Finance, and Statutory Analysis. Additionally, Mr. Binder was awarded CALI Awards for Opening and Closing Statements and in Debtor and Creditor's Rights (Bankruptcy) and received the American Bankruptcy Institute (ABI) Certificate of Excellence in Bankruptcy for 2012.