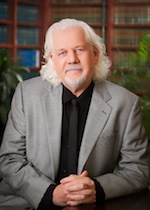 Mr. Binder is a founding partner of Binder & Malter LLP.

In addition to counseling companies in financial distress, Mr. Binder also routinely represents creditors in bankruptcy, including creditors committees, secured and unsecured lenders, school districts, and purchasers of distressed assets. During his over 40 years of practice, Mr. Binder has tried a number of cases, handled multitude appeals, and has periodically been retained as an expert witness in the areas of bankruptcy and commercial law. As an adjunct to his bankruptcy and corporate restructuring practice, Mr. Binder frequently represents clients in business and real estate acquisitions and dispositions, commercial leasing, and general business matters, serving as corporate counsel for a number of corporate clients.

Mr. Binder is active in the local Silicon Valley community, frequently lecturing on bankruptcy and related topics such as asset protection planning. Mr. Binder has been featured as a guest lecturer at the Santa Clara University School of Law on a number of occasions and spoken to numerous professional organizations, including the National Bankruptcy Institute (NBI), Bay Area Bankruptcy Forum (BABF), California Continuing Education of the Bar (CEB), the Construction Financial Management Association, and the Santa Clara County Bar Association. Mr. Binder is honored to have been named as a Northern California "Super Lawyer" in Bankruptcy & Creditor/Debtor Rights every year since its inception in 2004. Mr. Binder has been a member of the Santa Clara University Board of Fellows since 2008 and currently serves on its Executive Committee. He is also on the advisory board of the Emergency Housing Consortium (EHC) which assists the homeless in the general Bay Area.

Mr. Binder was born in Heidenheim, Germany, is married to his wife, Theresia, and has two sons. Mr. Binder's interests include photography, travel, hiking, and pinball.

AV® Preeminent™ 5.0 out of 5 rating by Martindale-Hubbell

Member, State Bar of California
Member Since: 1979 to present

Panelist at numerous CEB and Santa Clara County Bar Association seminars on bankruptcy law and debtors and creditors rights
Member Since: 1983 to present